Congratulations to our Award Recipients! 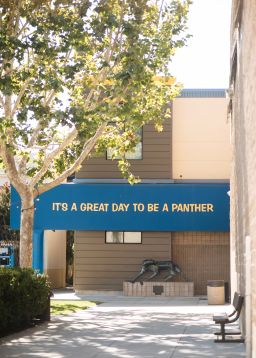 Congratulations to our student-athlete award recipients!!

Scholar Athlete
This student-athlete competed on the cross country and track and field teams all four years at Presentation competing at the varsity level each year. Whether she was running at the league, section or state level she experienced success wherever she competed. She helped lead her team to back-to-back WCAL Cross Country Team Titles in 2017 and 2018 while being the WCAL Cross Country Individual Champion in 2018 and 2019. In 2018 she was the WCAL 1600M track and field champion following that up in 2019 with a 3200M track and field championship. Her league success carried over into CCS as she helped lead her cross country team to a CCS Team Championship in 2017 (first in 25 years) and winning her own individual cross country CCS Championship in 2019. She was a four time CCS Cross Country qualifier and a three time CCS Track and Field qualifier and was named the 2019 CCS Runner of the Year. At the state level, this runner qualified for the CIF Cross Country championships in 2017, 2018 and 2019 finishing 3rd in the state of CA in 2019, was named the All-Norcal Senior Runner of the Year, All-State Division II 1st team and a top 21 runner in the state of CA. She carried this success to her track and field season qualifying for the CIF Track and Field Championships in 2019. In addition to holding school record times at over six famed cross country courses, she was also the 2019 and 2020 team captain for the cross country and track and field teams. She was also voted the MVP of her cross country team in 2018 and 2019 and named the MVP of her track and field team in 2018 and 2019. While she dominated on the courses she ran, she also dominated in the classroom maintaining a 4.21 GPA. Gianna Mendoza will be continuing her running career at Cal Poly SLO. 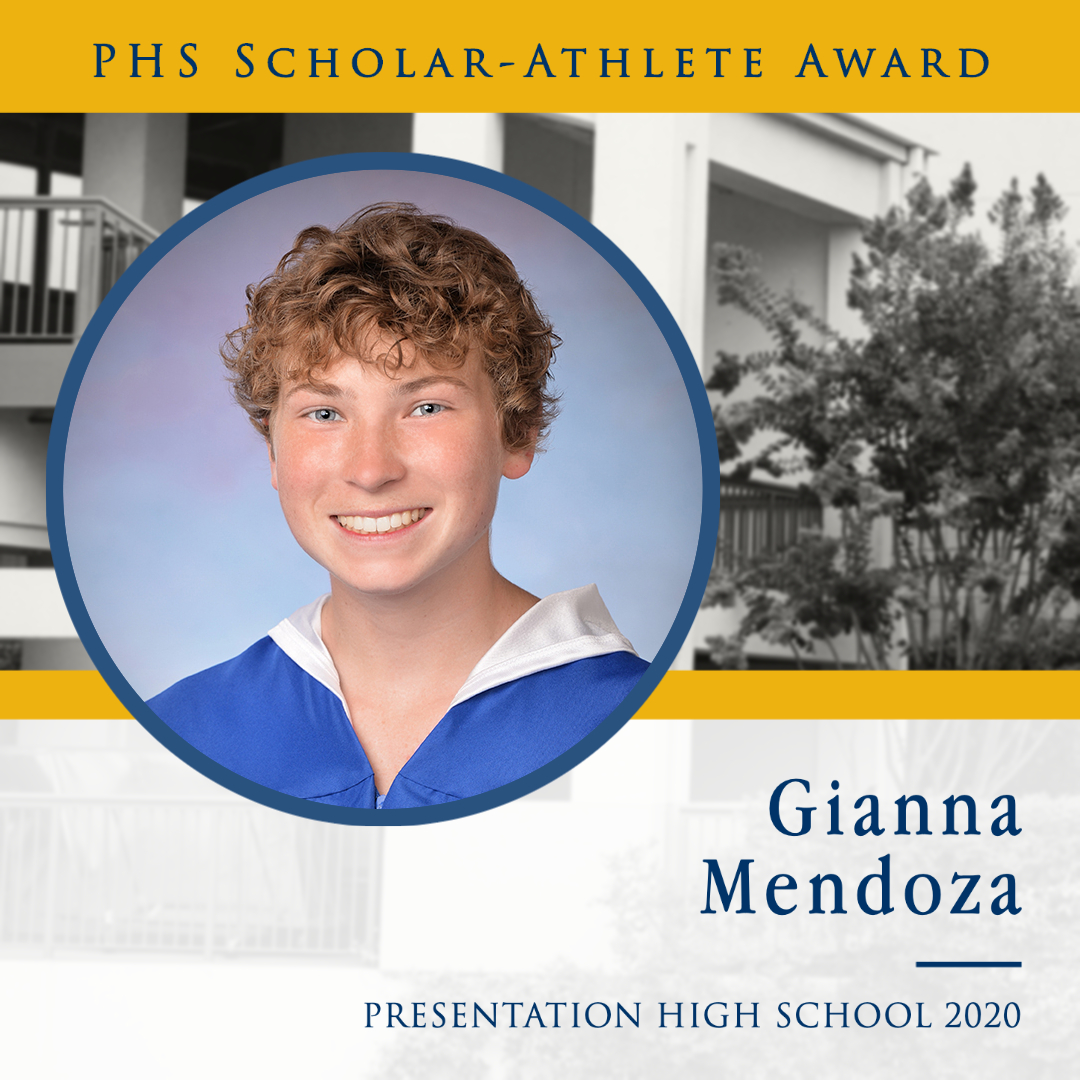 Outstanding Senior Student-Athlete
The Outstanding Senior Student-Athlete this year has participated on the field hockey and soccer teams while at Presentation. She has competed on the varsity soccer team since her sophomore year which culminated in being named as a team captain her senior year. The soccer program has been to the CCS tournament in each of her three seasons on the varsity team and this is undoubtedly due to her leadership and passion. This student-athlete has overcome numerous injuries in her Presentation career and this past season her diligence to overcome a serious knee injury to participate in her senior match was as memorable as they come. Her positive attitude and demeanor are infectious and her presence for the Panthers will be missed. Elizabeth Blach earned a 4.13 GPA and will be attending Cal Poly SLO. 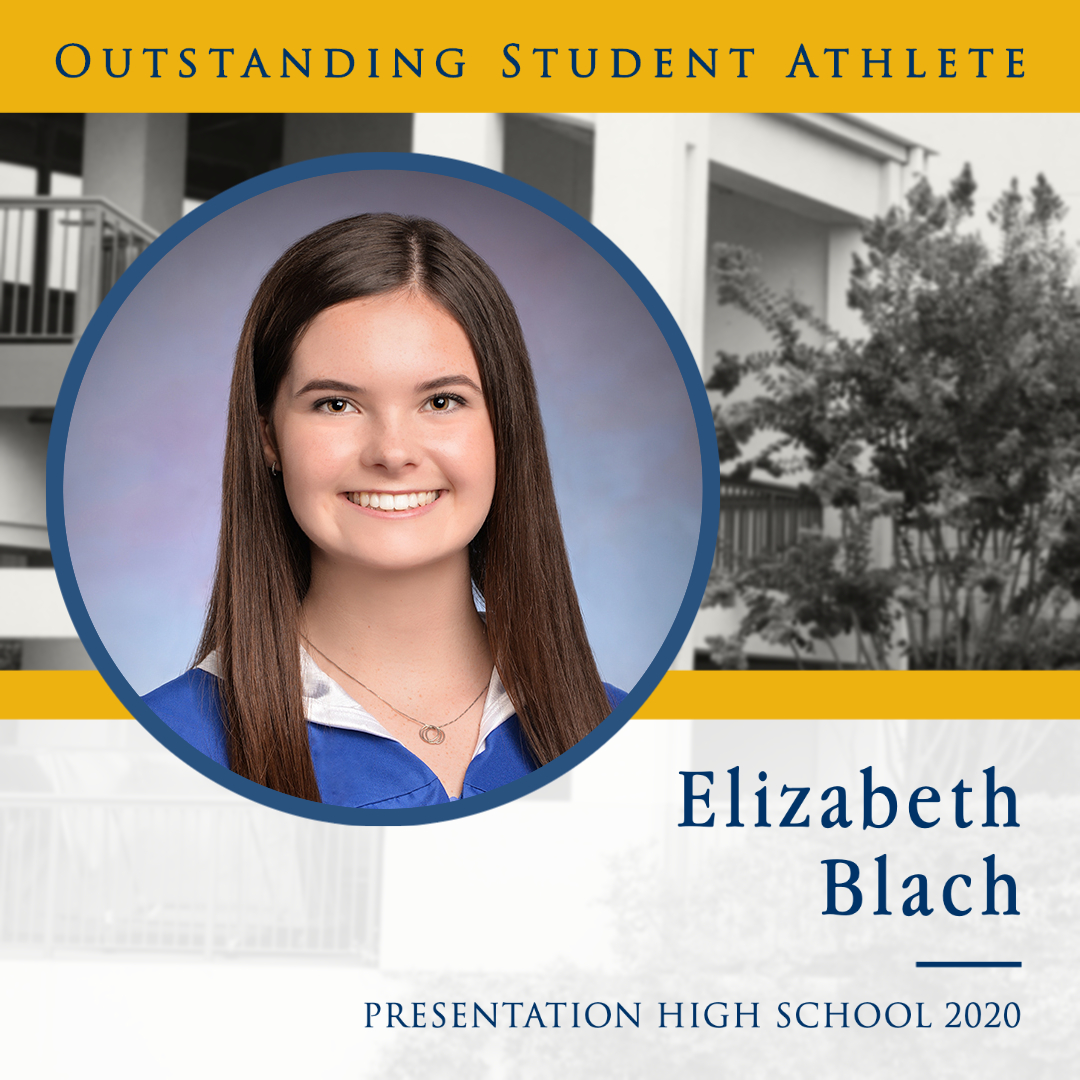