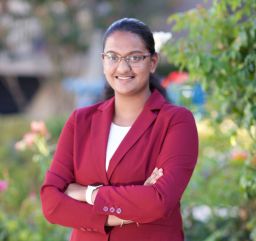 Nikitha Kalahasti '20, competed in the National Speech and Debate Tournament 2020, held virtually online this year. Team President, Nikitha led our efforts in the International Extemporaneous Speaking event, placing 7th on the virtual national stage. Two years running, she has finished in 7th place at the NSDA National tournament. Nikitha made Presentation history, being one of the first students to finish back-to-back seasons ranked in the nation's TOP TEN in their respective event.

About the National Speech and Debate Tournament:

Since 1931, the National Speech and Debate Tournament has elevated public speaking. Every summer, more than 6,000 middle and high school students travel to the largest academic competition in the world to debate current events, voice their views, and share their stories. After months of preparation, rigorous qualifying tournaments, and five days of prestigious national competition, the best of the best was crowned champions in front of a live audience of tens of thousands streaming the events online.