During the county mandated shelter-in-place, our students worked hard to transition to a stay-at-home lifestyle. They created truly unique, engaging pieces of work and carried on learning and growing despite the challenging time. Hear what they have to say and take a look at some class projects below. 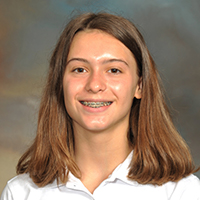 “I have thankfully had a positive experience during my time in quarantine.  My teachers have been so helpful and understanding throughout the whole process of switching to online classes; it’s even more impressive knowing that they had to pull this together so quickly.  I am very grateful that my school is offering us a chance to continue our education, even though campus is closed.  Even though this was a stressful ending to our year, I have been able to stay in-touch with my friends and I cannot wait to see them again!”

Into Narnia is a unique class at Presentation High School. Students are challenged to think and reflect in a theological manner on the "big" issues that life throws us. "The Voyage of the Dawn Treader" is a text about transformation and students had the choice to depict that transportation in art. For a full experience, you can read the text or take the class at Presentation! 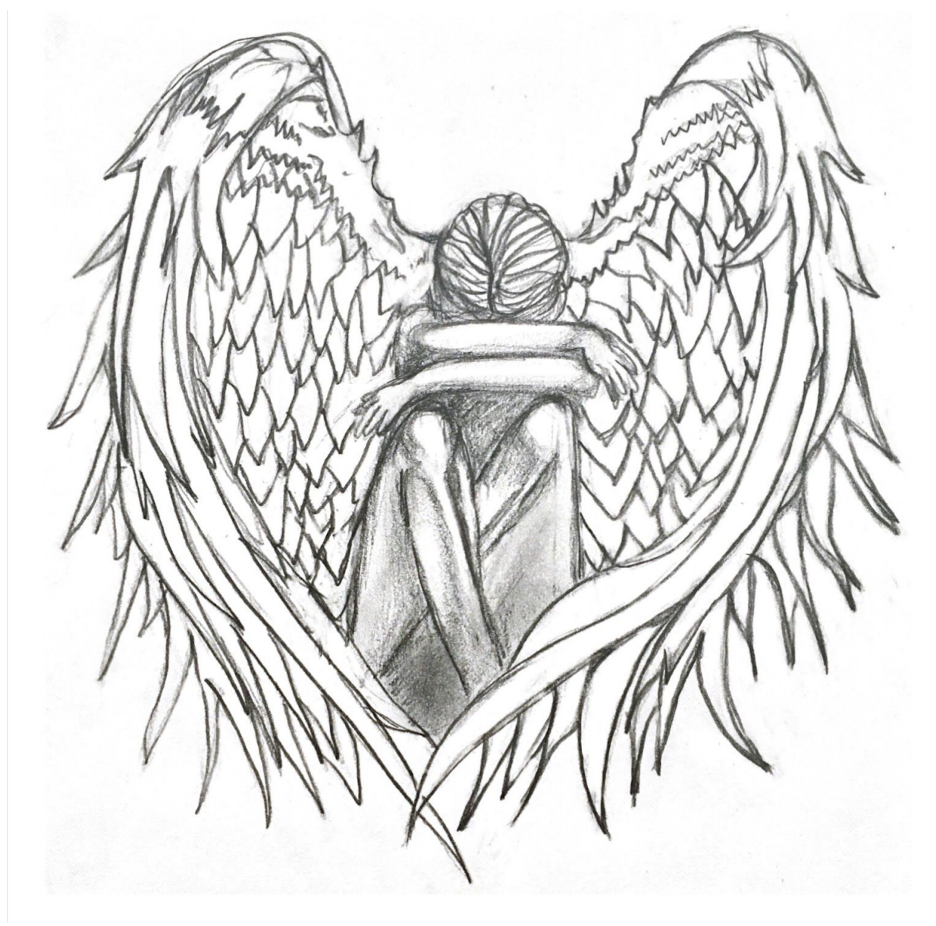 "Soon after these thoughts cross his mind, he realizes he wants to be with his friends and be back among humans: "He realized he was a monster cut off from the whole human race. An appalling loneliness came over him" (466). He instantly regrets all the mean things he did to the others. When he eventually becomes human again, he makes a conscious effort to be a kinder person. Similar to Eustace, I in some ways wished for classes to be cancelled so that we could have a break from school.

After being in quarantine for a little over three weeks now, I regret wishing for school to be cancelled as I also feel lonely and isolated, away from my teachers, classmates, and dance. Both Eustace and I have learned to appreciate the people and friends we have in our lives that make everyday tasks more fun. Social interaction is a big part of our lives and we don't understand how important it is until we have lost it." 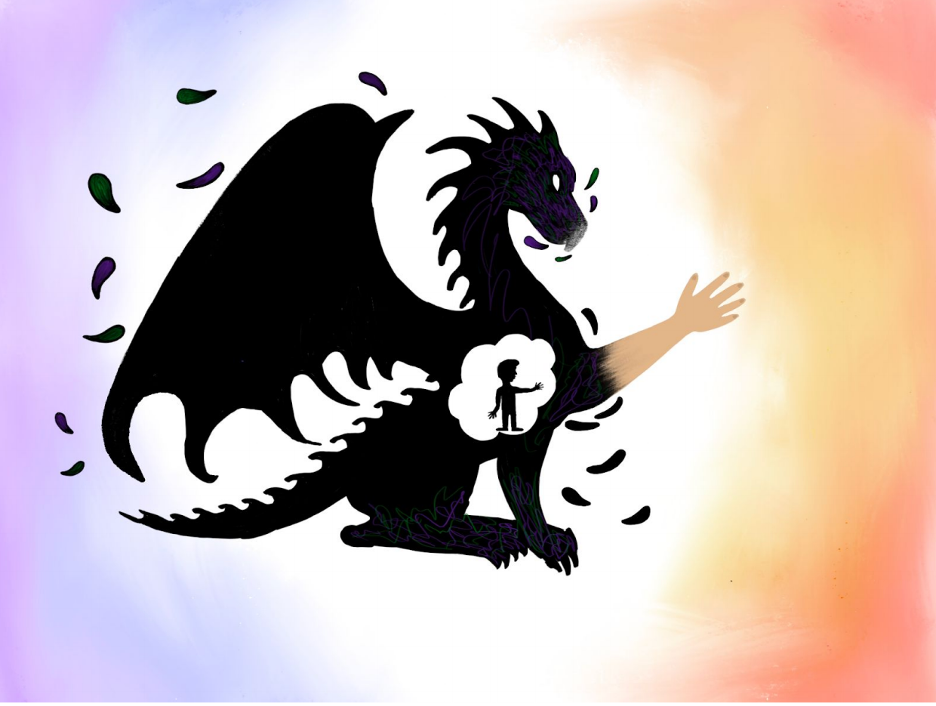 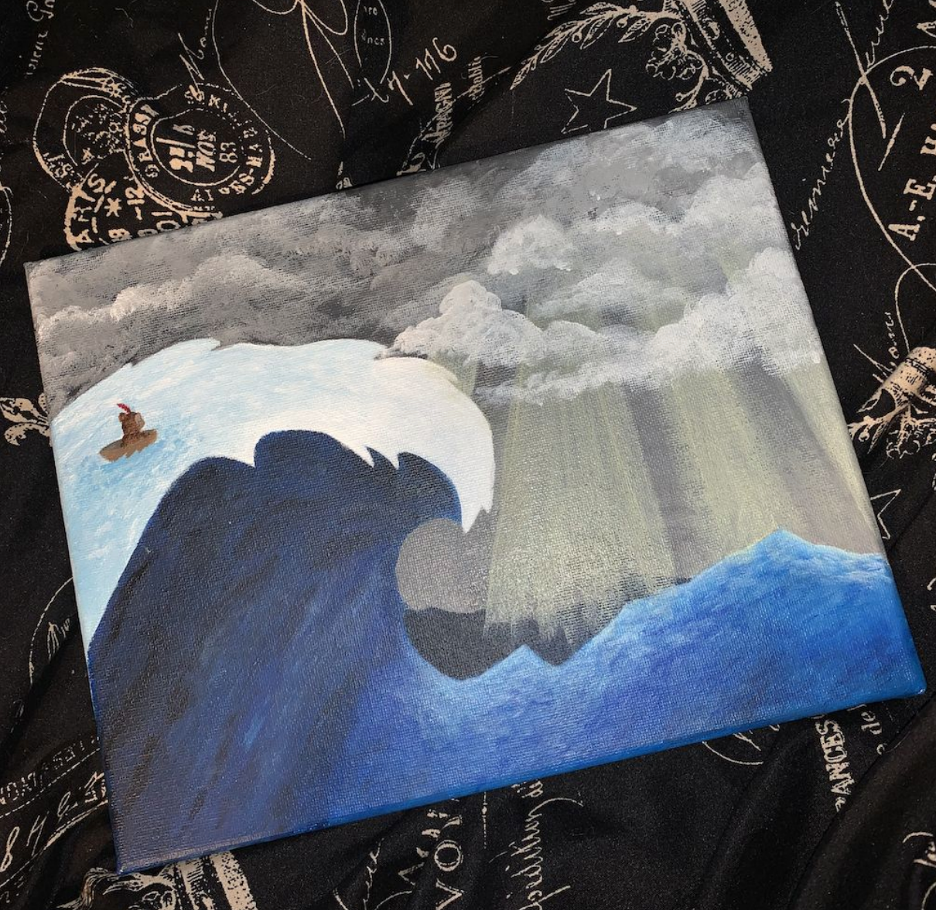 "This is my art piece for the Voyage of the Dawn Treader. I focused on Reepicheep and his goals for the journey. Throughout the book, Reepicheep commented on wanting to reach the end of the earth to find Aslan's country, and by the end, he had made it. This was a metaphor for his death, and it was portrayed by him going over a wave and not returning. So I painted a large, dangerous-looking wave with peaceful waters on the other side to represent his content when he reached Aslan's country. Also on the right side, I painted rays coming down from the clouds to represent his new journey with a higher power than himself. In our world, I've heard people call them 'god rays' and I found that somewhat fitting. Last but not least, I added Reepicheep in a small boat going over the wave. I found it refreshing to see a character who wasn't afraid of death and what's to come." 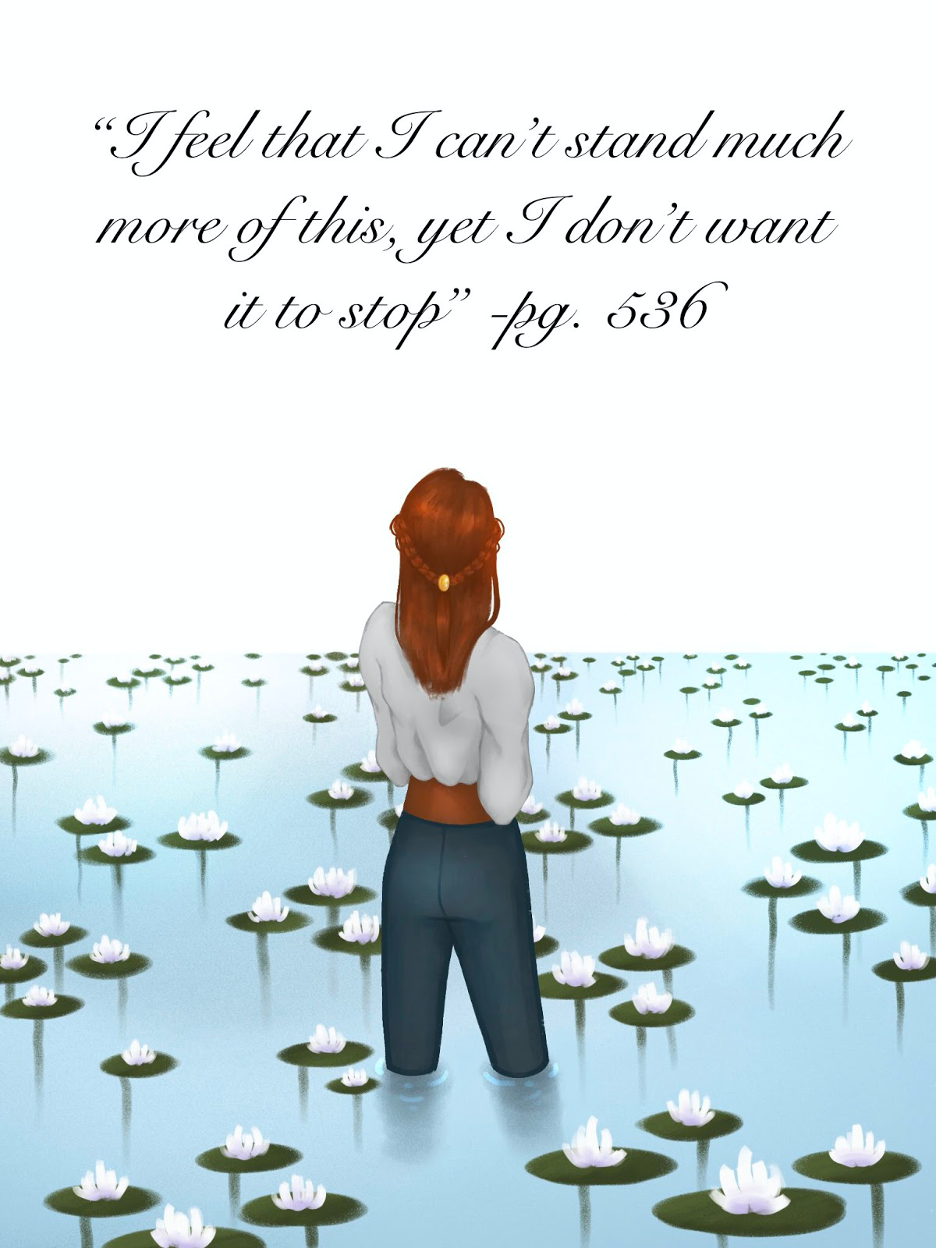 "I also believe this quote captures how it feels to be caught between the inevitability of age and nostalgia. Admittedly, this quarantine has made me feel both hopeful and nervous. I can't stand much more of this isolation, yet I also know that by the time it is over, I will be launched into adulthood, which is both exhilarating and nerve-wracking. This sense of mixed emotions is captured well in Lucy's description of the floral scent as "fresh, wild, and lonely."

Entering adulthood is exciting, yet this quarantine is an isolating, lonely prelude to such a transition. In this piece, I wanted to capture that duality between loneliness and hope. Lucy is standing alone in the pool of lilies, looking up at the light. Painting this piece felt like making a self-portrait in a way. The isolation makes me feel lonely, yet I also know that when this is over, I will appreciate everything more and I will have so much to look forward to." 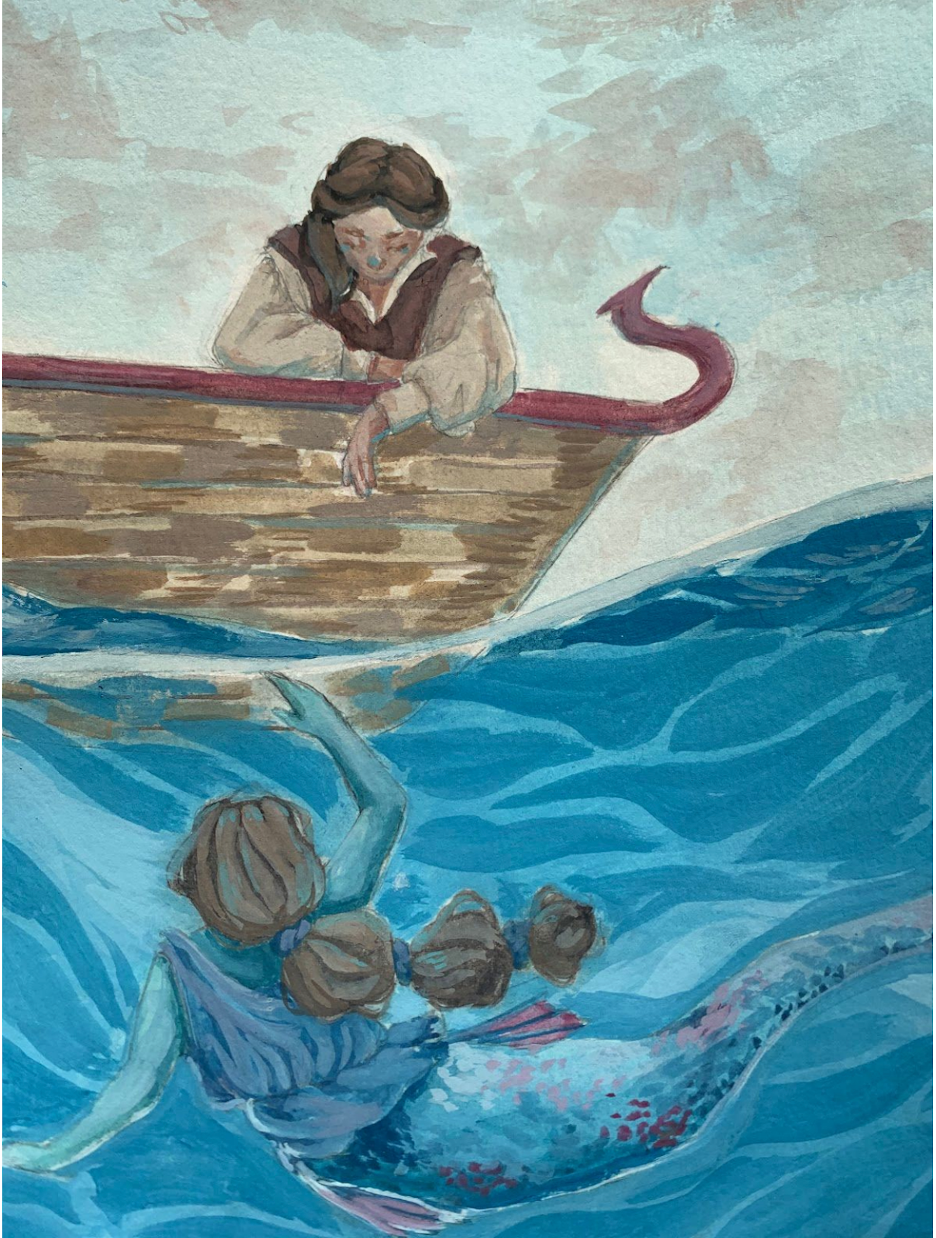 "One of the most difficult parts of the shelter in place has been coping with isolation. Presentation is a very close community, and I have been used to spending most of my time in the company of friends. Not being able to interact and connect with people in the same way that I am used to is jarring and confusing. How can we sustain our friendships from six feet apart? In the last chapter of The Voyage of the Dawn Treader by C. S. Lewis, Lucy has an encounter with a young Sea Girl. They only see each other for a moment, and they do not speak to each other. However, Lewis writes, "Lucy had liked the girl and she felt certain the girl had liked her. In that one moment they had somehow become friends. There does not seem to be much chance of their meeting again in that world or any other. But if ever they do they will rush together with their hands held out" (Lewis 535).

This moment was incredibly impactful to me. Lucy and the Sea Girl share a moment of goodwill and friendship so powerful that it overcomes the barrier of the sea, of speech, and of distance. I was provided with a sense of great hope for life during and following the shelter in place. At the moment, I am separated from many of the people that I love. Some of those people I may never see in person again. However, our friendship can overcome these circumstances and allow us to "rush together with their hands held out" when we are finally able to see each other again. My piece aims to represent the silent connection between Lucy and the Sea Girl that is reflected by the relationships I will sustain during and after this crisis. We are curious and drawn to each other, but accepting of the distance that must remain between us for the time being." 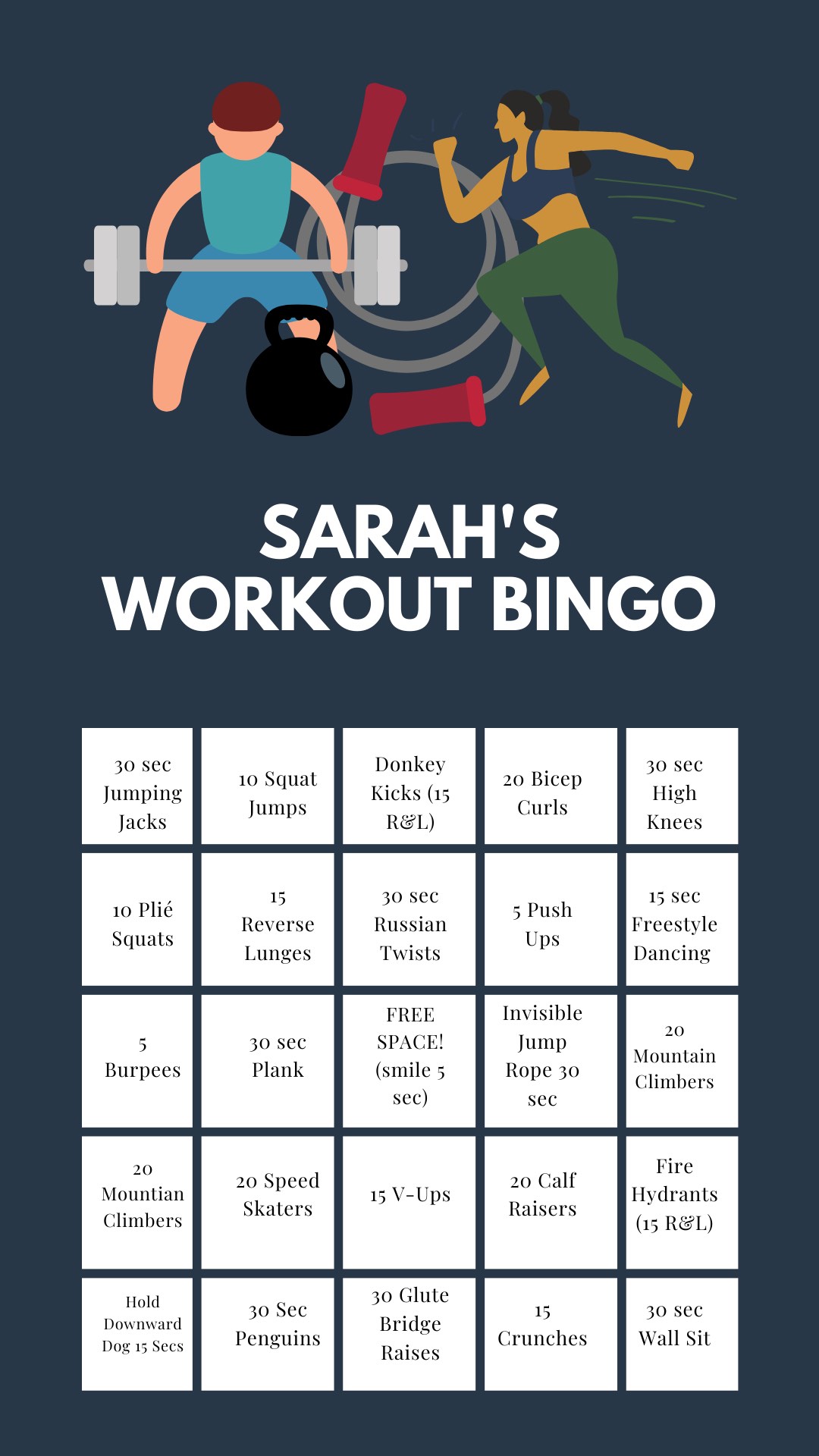 BACK TO REMOTE LEARNING MAIN

Life in Our Classrooms