When Presentation opened in the Fall of 1962, the Main Building had not been completed. Classes were held in the St. Christopher’s Gym.  Karen Shea ‘66 Duncan shared that leading up to the move-in day, "the students were excited to get out of St. Christopher’s Gymnasium which was set up as our temporary school. The students who rode the bus home every day would cheer for the workers as we passed by our future school. The workers would wave back! I guess we felt we were doing our part to speed things up!”

Move in day finally arrived on October 1, 1962. The Class of 1966 were happy to go to classes in the partially finished Presentation High School Main Building.  Read below some of the memories of that first day from the Class of 1966:

“I remember there were three classrooms and a restroom open near the bookstore and that the office was open in the Main Building.  There were workmen in the halls and building supplies to step over.  I don't even recall whether there were benches outside.  The student center was a hollow shell with pipes sticking up out of the floor, and it stayed that way for quite a while.  The statue of the Blessed Mother was an empty pedestal, and there wasn't much in the way of landscaping.  We worked alongside our parents in the evenings and on the weekends assembling lockers.  It wasn't third world, but it was definitely 'roughing it' for many months.  It certainly was better than one class in each corner of the St. Christopher's Gym!” (Maureen Curran ‘66 Clark)

"I was a new freshman in a new school and in a new building. I was experiencing a 'first' each step of the way.  This was the beginning of the history of Presentation High School! It was a once in a lifetime honor!”  (Nadine Dutra ‘66 Dell Bittain)

“The first day of class on campus was unique in that there was still ongoing construction.  I'm not sure if all the buildings even had roofing yet.  Workers were everywhere.  It must have been a challenge for the sisters.  I do remember that on one of those first days, the sisters and most of the students did the "bunny hop" down the middle of the hallway!  That was pretty neat since the sisters were still wearing full habits!  The scene would have made a great YouTube video!“ (Kathy Swift  ‘66 Ronan)

“Pres was a  big empty space! There were 62 girls and 3 teachers using 6 finished classrooms. Two classrooms were used for lunch rooms. One classroom was used for music and to practice our calypso moves. We wore our PE uniforms but Ms. Heller, the PE teacher, never suited up! She just stood on the sidelines with her clipboard! She did have us do drill team exercises, and we performed at volleyball games. Sister Gregory always had a tape measure and was always checking building progress. The nuns did their best to keep us out of the workmen’s way. One whole wing was still under construction as well as the Center.  That was a pivotal year for us as a class. We endured a lot, and we became quite full of ourselves. We were essentially seniors for four years and did not conform or take direction well. I believe everyone gave a sigh of relief when we graduated!"  (Linda Della Maggiore ‘66 Christensen)

"We began our classes in Healy Hall at St. Christopher's.  I believe there were 80 of us.  When we moved into Presentation, there were workmen on the roof.  Sister Gregory had our dads assembling lockers after school, and she would walk down the hall in case one of the dads needed to swear.  Sister Fidelmia, Sister Gregory, and Sister Raphael were our three instructors." (Genevieve Phillips ‘66 Pereira)

Memories of the Months before Moving into the Presentation Campus

“Memories of our eventful first day at Presentation are sparse, but I do recall excitement and anxiety entering the St. Christopher’s Gym shyly embracing the 60+ girls of our freshman class.  The school was not finished, so long rows of tables in the Gym would suffice as desks for the class of ’66.  We took a walk to view the new school, which would not be completed for three months.  Walking around the unfinished campus was wonderfully fun and exciting.  During those first three months we would become part of the work crew for the school.  Under the direction of our brilliant school architect, Sr. Gregory, we did a variety of work around the unfinished buildings.  We wielded screwdrivers, hammers and pliers putting together desks, chairs, and the lockers that still line both wings of the main hallways.  Physically helping to build lockers bonded life-long friendships and Presentation's legacy for over 50 years!” (Sally DiSalvo ‘66 Longinetti)

“Foremost in my mind about the first day of classes was the location.  We were seated at tables (u-shaped in placement if I recall correctly) in St. Christopher's Gym!  The school was not yet ready.  Sister Fidelmia, Sister Gregory, and Sister Rafael team-taught the class of '66 in that gym for several days before we moved to the school.  When we did move to the school, the carpenters were still working.  I remember being distracted by a burly construction worker, several long, 2x4s propped on his shoulder, walking down the hallway!  It was pretty unique!  To a 15-year-old, such whimsical sights were way more interesting than Latin verbs!” (Kathy Swift ‘66 Ronan) 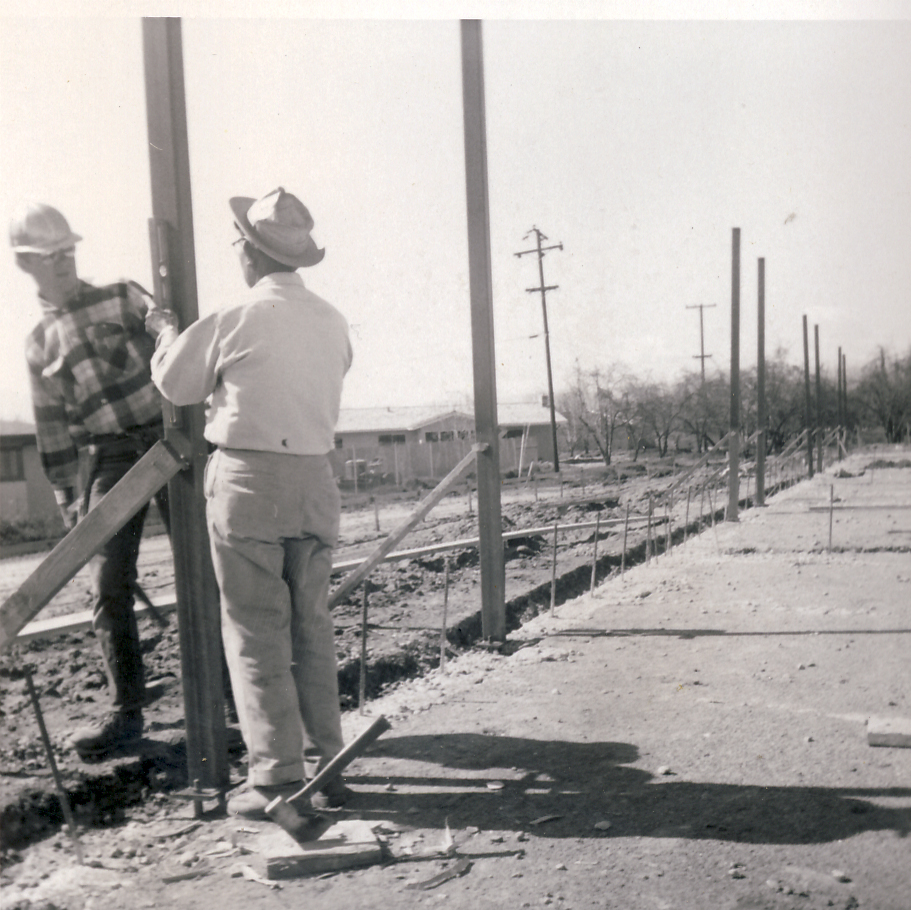 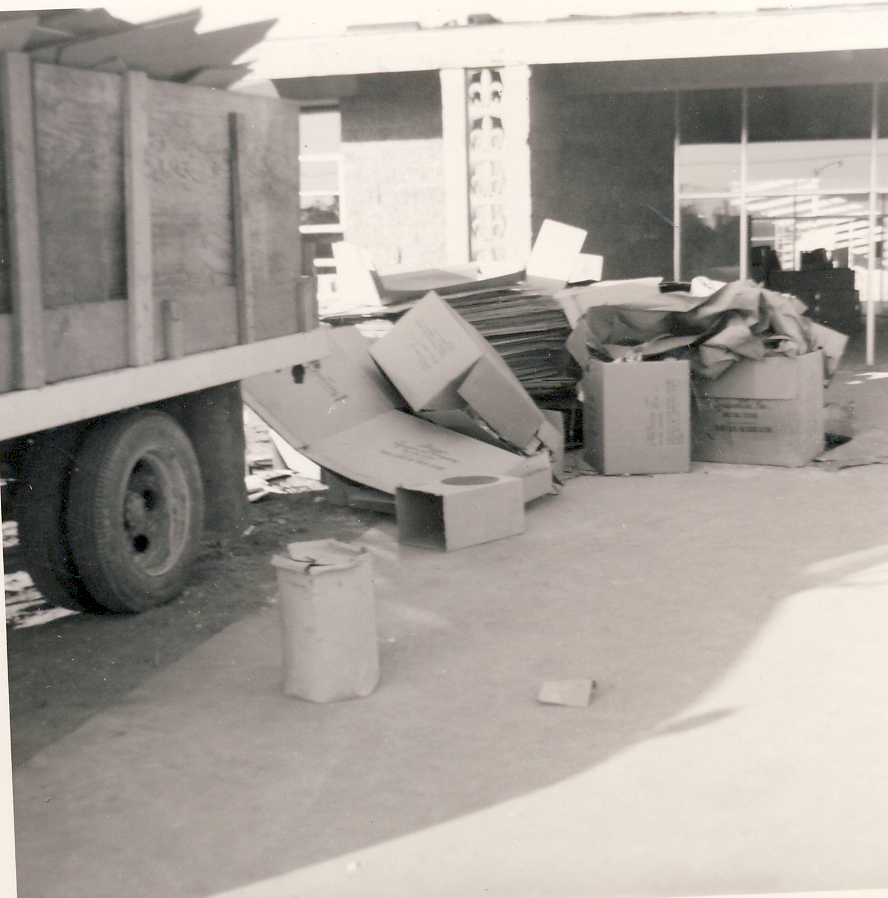 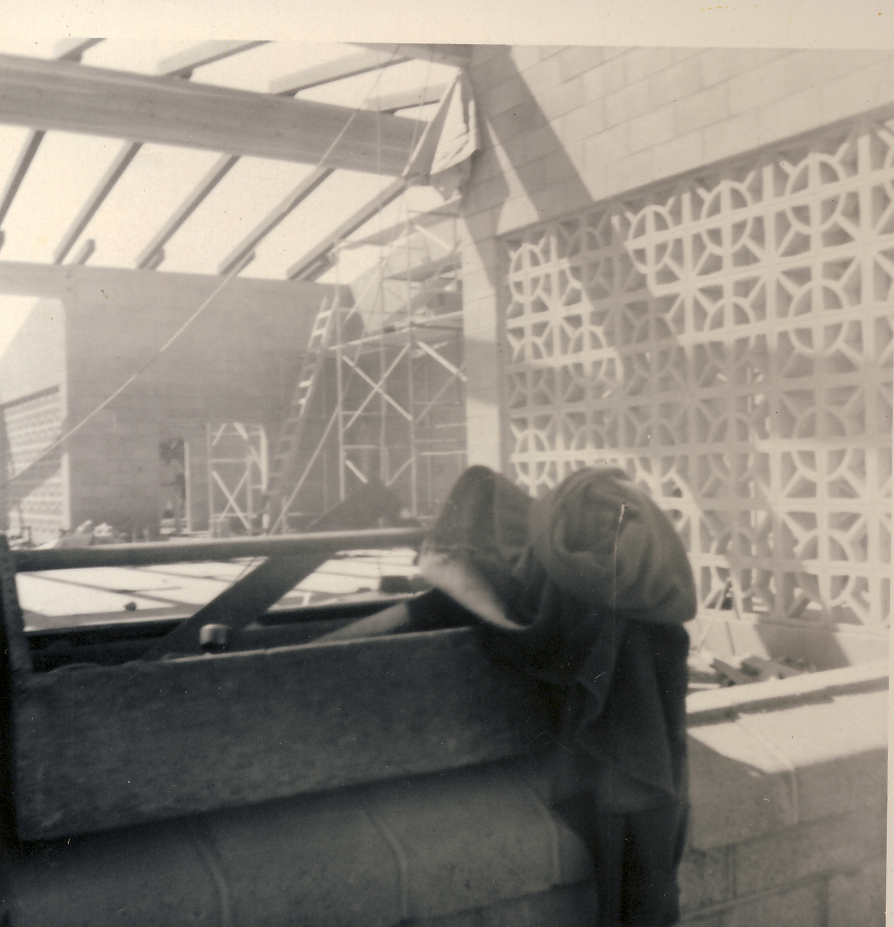 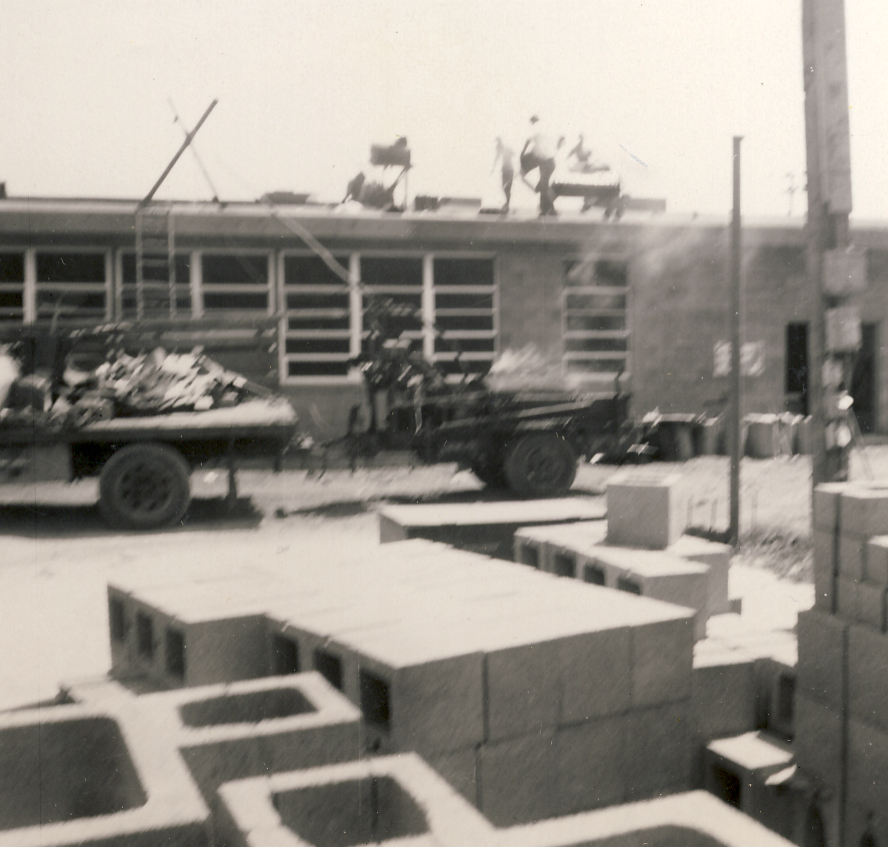 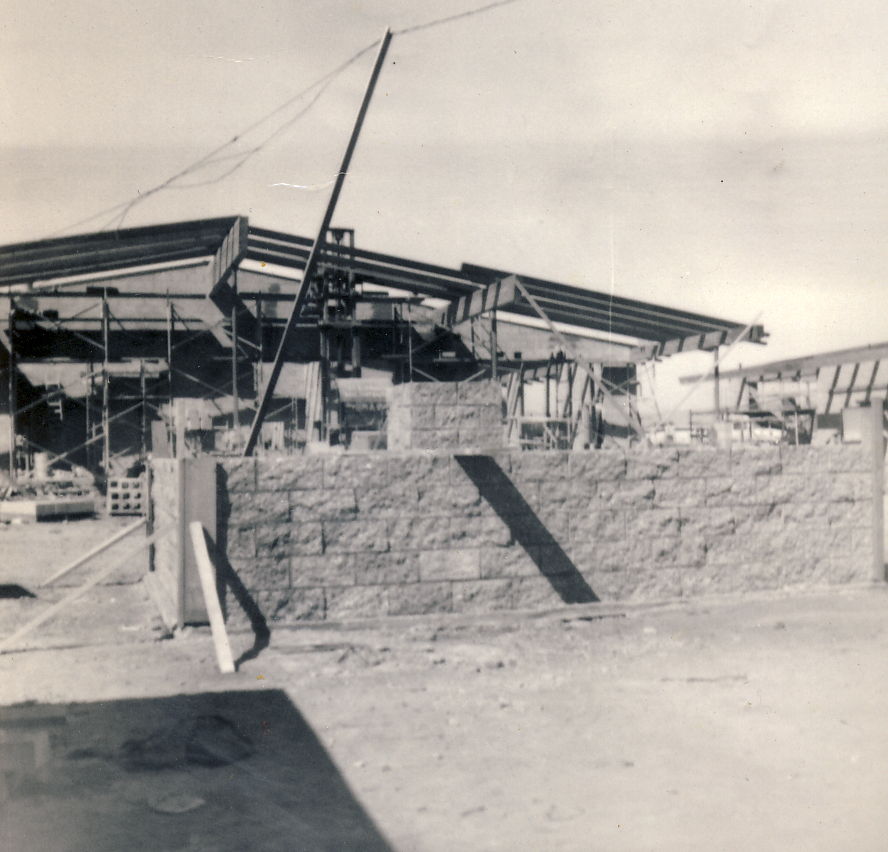 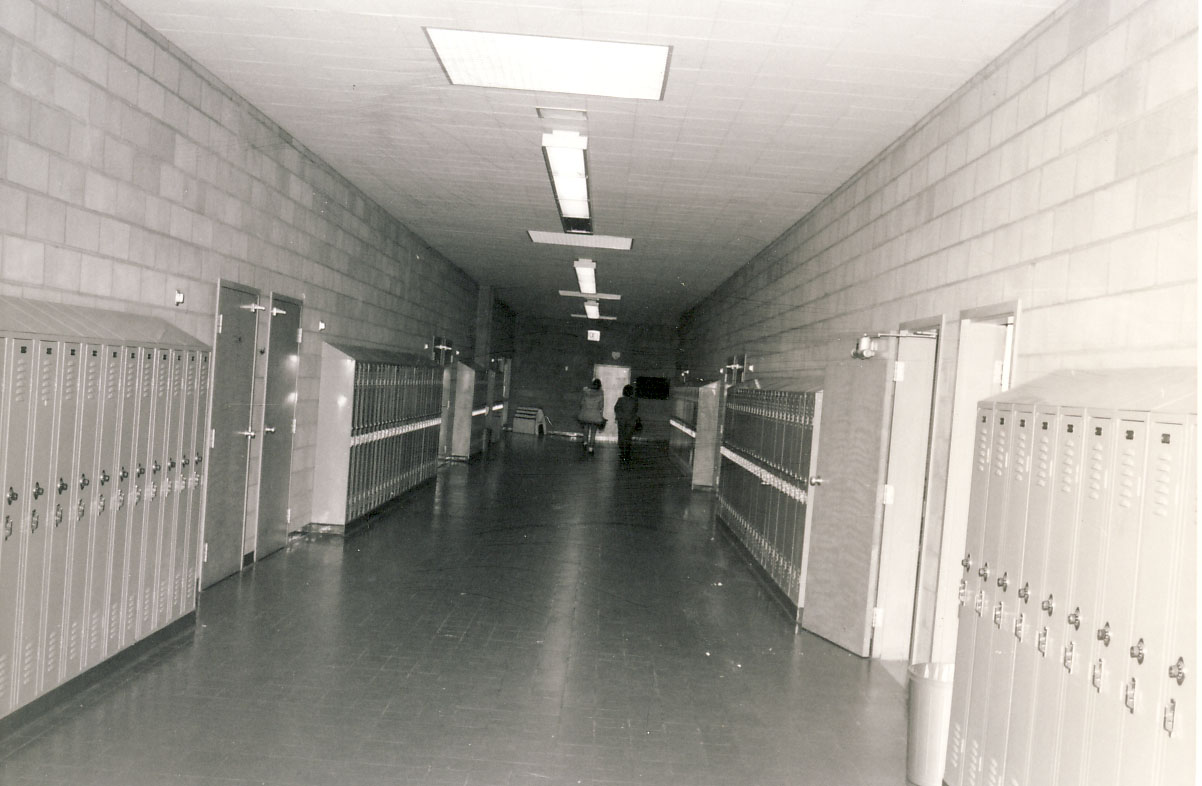 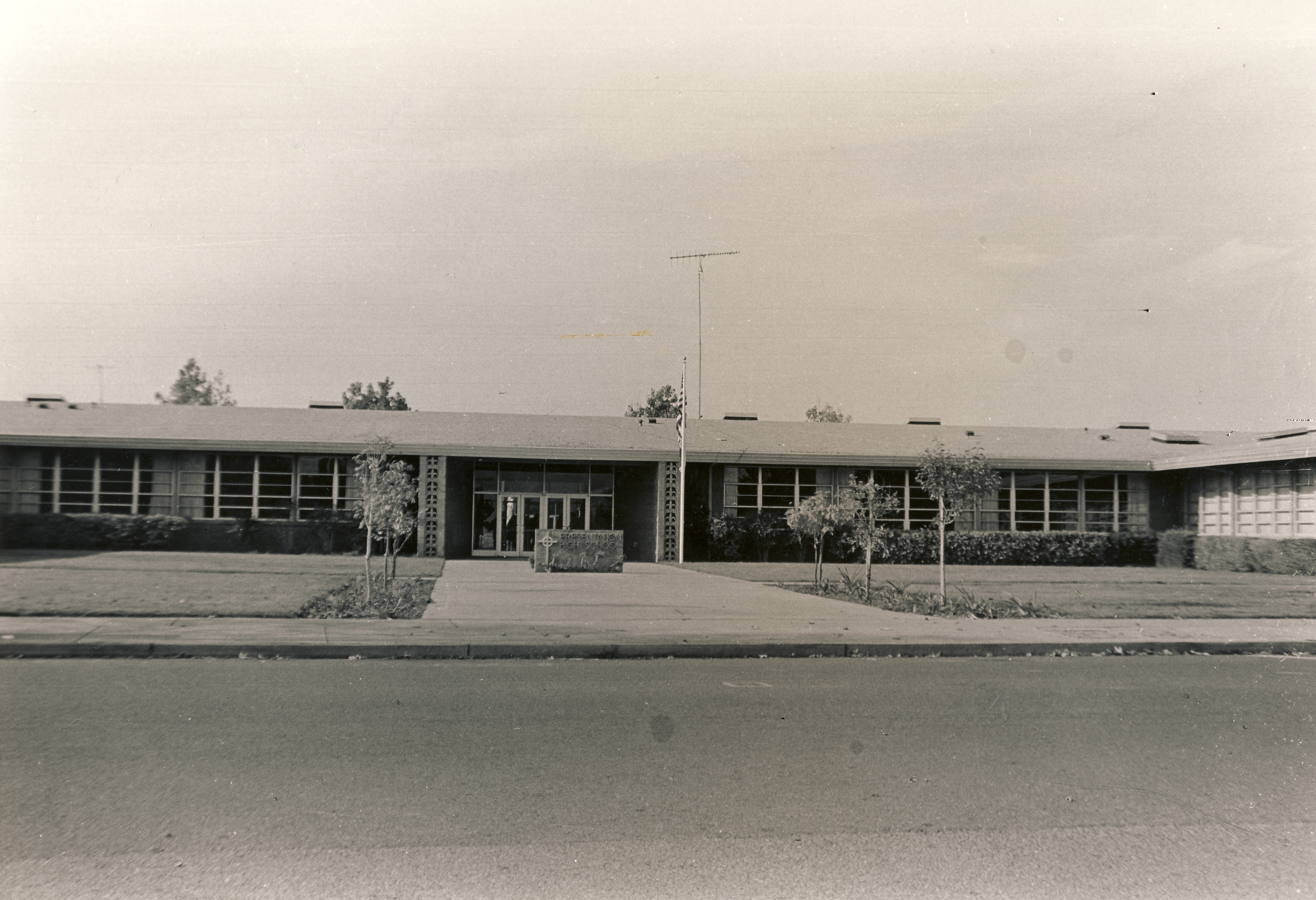